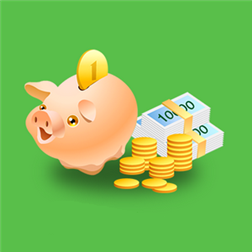 People will go to extreme measures to save a few bucks here and there, but some of the best money saving hacks are simple, and sitting right under your nose. "Paying bills" is not the fear at the time

Try these out if you want to shave down your monthly bills and potentially save thousands of dollars over the course of a year.

Unplug your electronics at night and save $100 per year.

The typical American household owns 24 consumer electronics. What people don't realize is they are using electricity even when they're powered off.

US households spend as much as $100 per year powering these electronics.

Simple fix: Plug your devices into power strips and switch them off at once at the end of the day.

The average American household pays $64 a month for cable, the International Business Times reports, which comes out to $768 a year. That's a large sum to pay for a service that people often don't take full advantage over.

One such alternative, Netflix, costs only $8 per month and provides more than enough entertainment to satisfy most families. A year of Netflix would cost you about $100, meaning you'd save over $650 in cable costs.

Update your light bulbs and save up to 80% on your electricity bill.

Switching out old light bulbs for compact fluorescent could save up to 80% on your electric bill. Yes, they cost a bit more than traditional bulbs — about $15 for a four-pack — but they last three to 25 times longer and use power more efficiently.

Replacing just five of your most frequently used lights with bulbs that have earned the ENERGY STAR certification could save you $75 a year.

Ignore 'Sell By' dates to stop wasting food and save up to $500 a year.

It helps to start ignoring "sell-by" and "use-by" dates. They are not federally regulated and do not indicate safety, except on certain baby foods, the NRD says. They are simply suggestions, and a lot of foods can last for 15 days after those dates.

When in doubt, throw it in the freezer to get the most out of it.

Browse the web for coupon codes before buying anything online.

If you're shopping online without browsing for coupon codes, you're missing out on a lot of potential savings power.

Try RetailMeNot, CouponSherpa, and Coupons.com, all of which have handy apps you can use on your phone.

If you have another idea for savings or experiences of managing money, connect to Money Lover to help a wiser expense manage world!

Read more:
6 pricing secrets grocery stores don't want you to know
2 dollars per day for being millionaire by age 65
8 Habits That Keep You Poor Even With A Reasonable Income